We know that earth has evolved over millennia as one living, breathing organism – from the Amazon Basin to Vancouver Island’s ancient rain forests. Perhaps we shouldn’t be surprised that as the very lungs of our planet collapse under the suffocating weight of capitalism, a novel coronavirus has emerged to threaten the most vulnerable among us with the inability to breathe at all.  All coronaviruses are respiratory syndromes – they attack the lungs.

And all coronaviruses are zoonotic in origin. While logging and other forms of human encroachment on wildlife habitat around the world have been rapidly depleting biodiversity, scientists have been warning us that human exposure to the pathogens that occur naturally in other animals increases under such pressures. Species left undisturbed within their home ecosystems, like bats or pangolins, are not responsible for COVID-19. Nor are domesticated chickens and pigs linked to deadly strains of Avian Flu and Swine Flu fairly blamed for the misery caused by those diseases. We know that human interference and opportunistic exploitation of other animals deserve credit for setting the stage. Forced confinement puts incredible stress on any sentient being and, from wet markets to factory farms, weakened immune systems are breeding grounds for contagion. The reduced freedom of movement currently imposed upon our own species can hardly compare, but does give pause for thought. Isn’t it time we recognized the elevation of human interests over and above other animals’ as ultimately self-defeating?

Our relationship with other animals is certainly confused. The killing of lone wolf Takaya, recently relocated after leaving his home of eight years on Discovery Island here in British Columbia, has sparked an outpouring of grief around the world. Like the outrage that followed the senseless slaughter of Cecil the lion in Africa by an American trophy hunter, the visceral response to Takaya’s death is a powerful reminder that our inherent capacity for empathy is not necessarily constrained by species. But the degree of care and concern we feel for others is certainly either suppressed or encouraged by cultural norms and shifting societal values.

For example, conservation biologists now use the term ‘charismatic megafauna‘ to refer to larger animals afforded ‘symbolic value’ or widespread popular appeal, with the understanding that recognized individuals can help inspire greater awareness of the need to protect wilderness for all. Indeed, environmentalists are calling on everyone mourning the death of Takaya to take action against the government-sanctioned slaughter of other wolves in our Province (https://pacificwild.org/action).

Most of us have yet to extend that kind of respect to animals commonly killed unnecessarily for food, least of all the cows, pigs, sheep, chickens and other farmed animals extracted long ago from the ecosystems in which they evolved in concert with myriad other species. Of course, it is also through learned prejudice that those animals we now welcome into our homes as life-long companions are spared the early death billions of others are deliberately condemned to. The discomfort we feel when prompted to question these discrepancies is commonly referred to as ‘cognitive dissonance’ and could very well be fundamental to human survival on our finite planet.

This pandemic will not be our last. We also know that global animal agribusiness contributes significantly to GHG emissions right alongside fossil fuels. And that continuing to warm the planet will only provide more frequent opportunities for dangerous diseases to emerge as the seasonal cycles and migratory patterns of wild species adapt. Learned indifference to the suffering of other animals has gotten us into this mess, and only widening our circle of compassion will get us out of it. Adequate protection of our mutual life support systems will surely depend upon rejecting objectification and commodification (fundamental to capitalism) in favour of a ‘new’ biocentric world view – one in which the value of individual animal lives, in addition to the ecosystems in which they are intended to thrive, are no longer reduced to their perceived usefulness and economic status in the marketplace. Challenging the systemic violence exacerbating climate collapse requires the same level of commitment necessary to flatten the curve of COVID-19. We know that what is good for animals is good for us. It’s time to open the cages, close the slaughterhouses and work towards equity and liberation for all.

The Transition Kitchen is all about inspiring animal-friendly, climate-conscious food choices. There are few spring pleasures more enjoyable than fresh garden peas, but you can use frozen ones in this tasty recipe too. Bon appetit! 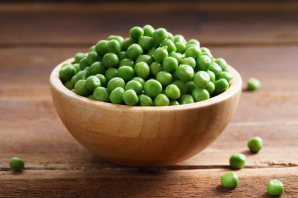 1) Oven roast a red pepper at 425 F. until it begins to partially blacken. Remove to a covered dish or paper bag to sweat. If you do this well in advance of making the salad, remove skin and seeds from the cooled pepper, cut into strips and refrigerate until needed 2) Toast all 6 T. of raw, shelled sunflower seeds in a very lightly oiled pan over medium-low heat. Stir with a wooden spoon to avoid burning until golden brown. Add 3 T. to your food processor and set the rest aside for garnishing. 3) If you are using frozen peas, defrost by adding to a bowl of warm water. 4) To make the pesto dressing, add basil leaves, olive oil, yeast flakes, 2 T. lemon juice, garlic clove and seasonings to the seeds already in your food processor. Blend until smooth, drizzling in another T. of lemon juice if needed to thin consistency. 5) If using thawed peas, strain them and lightly pat dry on a kitchen towel to remove excess water. 6) Place spinach in a large bowl and toss with dressing. Add peas and lightly toss again. Transfer to serving bowl or plates. 7) Lay strips of red pepper (and/or zucchini rounds) on top of greens and sprinkle with seed garnish. Serve immediately!

For article links and additional food for thought, please scroll down for other articles. ❤ 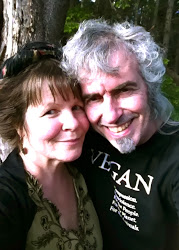 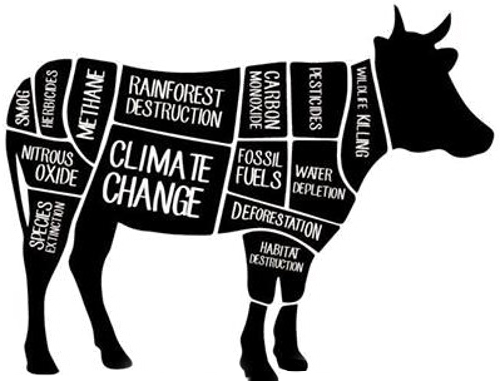